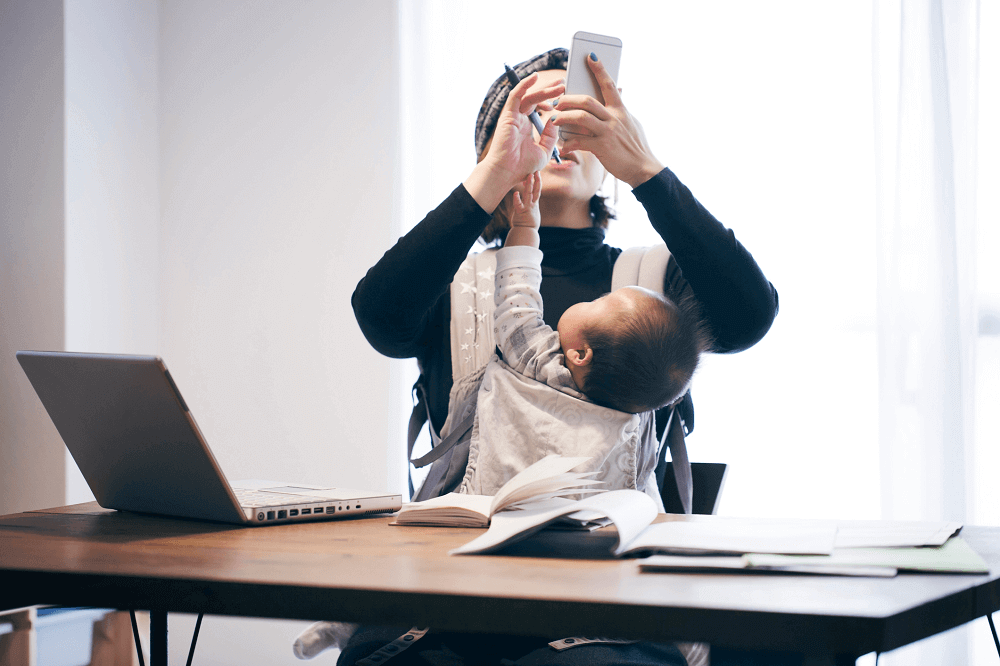 Marylandâ€™s Senate gave preliminary approval Thursday evening to a measure that would enable Marylanders to receive up to 24 weeks of paid leave per year for the birth, adoption or guardianship of a child and to care for themselves after a serious health issue.

Depending on their pay, Marylanders â€” who worked either part-time or full-time for at least 680 hours in the last year â€” would receive a partial wage replacement of between $50 and $1,000 a week under the Time to Care Act of 2022, sponsored by Sens. Antonio Hayes (D-Baltimore City) and Joanne Benson (D-Prince Georgeâ€™s).

Earlier Thursday evening, the House of Delegates gave preliminary approval to their version of the bill â€” which instead establishes a commission to work out specifics of a statewide paid family leave program, with the goal to implement the program in 2023 so that Marylanders can benefit no later than June 2024.

â€œWe are one step closer to providing working Marylanders the economic security they deserve,â€ Myles Hicks, the campaign manager for the Time to Care Coalition, said after the Senate vote. â€œWe look forward to carrying this momentum into the House and passing legislation that will establish a paid family and medical leave program.â€

As amended in the Senate, The Time to Care Act would establish a statewide family leave insurance program, funded by contributions from workers and employers in a 75-25 split, with workers contributing more to the fund. However, self-employed individuals and disability and behavioral health providers would not be required to contribute to the fund.

Under this split, a worker earning $54,600 would have to contribute $5.91 a week into the fund, according to the Time to Care Maryland coalition. If an employee switches jobs, the employeeâ€™s contribution would carry over to their new employment. Marylanders could start claiming benefits by January 2025 under the Senate measure.

When the bill came to the Senate floor on Thursday morning, it mandated up to 12 weeks of paid family and medical leave. Sen. Shelly Hettleman (D-Baltimore County) introduced an amendment that would allow new parents to qualify for a second period of leave if they personally experienced a serious illness in the same year.

A similar provision had been in the bill originally but was removed by the Senate Finance Committee.

â€œStrong beginnings are the most important foundation in building bonds between children and parents â€” they require time, consistency and care,â€ Hettleman said. She asked senators to imagine situations where this is needed, when a mother undergoes pregnancy complications that require bed rest or hospitalization or if a child was born with special needs.

But Sen. Michael Hough (R-Frederick) said allowing six months of paid leave would be â€œoutrageous,â€ and wondered out loud how this would affect the stateâ€™s economy. â€œWeâ€™re setting up a system here where people arenâ€™t going to work,â€ he said.

Under the bill a Marylander could still use sick leave and vacation leave as well as benefit from the paid family leave fund.

In discussion on the Senate floor, some lawmakers said that means, potentially, some employees could take six weeks of sick leave, four weeks of vacation leave and 24 weeks of paid family and medical leave for a total of 34 weeks of paid leave in a year.

â€œIf Iâ€™m a teacher, then Iâ€™d make sure I get sick first of September and Iâ€™d get paid for the whole school year,â€ Sen. Ronald Young (D-Frederick) quipped.

But Senate President Pro Tem Melony Griffith (D-Prince Georgeâ€™s) said that she does not think people would deliberately manipulate circumstances so that they could abuse their paid leave options. â€œAt the end of the day, this bill seeks to protect people who find themselves in unpredictable situations,â€ she said.

Griffith shared her own experience when she could not keep her job after she went into pre-term labor. She said she was assigned to 12 weeks of bed rest, had to inject her thigh every couple of days and was cared for by a visiting nurse.

â€œIâ€™m going to support this amendment just because I know life happens and life is tough and you canâ€™t predict it,â€ she continued.

Sen. Cheryl Kagan (D-Montgomery) voted against the amendment, contending that it is also important to be mindful of small businesses, nonprofits and other employers that are also recovering from the COVID-19 pandemic.

Under the measure, employers could deny paid leave to workers if their absence â€œwill cause a demonstrated hardship to the employer.â€

Sen. Brian Feldman (D-Montgomery) remarked that 24 weeks was not an excessive amount of time relative to other states such as New York, which offers up to 26 weeks of paid leave.

Republican lawmakers pushed back on the bill, expressing concerns about the insurance programâ€™s long-term solvency and the heavy lift for the Maryland Department of Labor to set up the program.

But Feldman said Marylandâ€™s proposed program is not comparable because the Washington state program began only two months before the start of the COVID-19 pandemic, experienced a large jump in claims and excluded businesses with fewer than 50 employees from contributing to the fund.

Feldman also reminded senators that the measure would require the Maryland Department of Labor to conduct an â€œactuarial study,â€ by the end of 2022, to determine the cost of maintaining such a program. Nonetheless, the bill would require the paid family leave program to start by 2024.

If the study shows that the state could not sustain a statewide paid family leave program, the legislature will have an opportunity next year to make changes to the program before Marylanders can start benefiting in 2025, Hayes said in an interview.

He said he agreed with the House Economic Matters committeeâ€™s approach, which does not fully commit to establishing a statewide paid family leave program and instead establishes a commission.

Ready moved to return the Time to Care Act back to the Finance Committee for more time to work on the bill with the House of Delegates.

To that, Feldman said, â€œWeâ€™ve spent 10 years looking at thisâ€ and asked the Senate to reject the motion.

Hayes said in an interview Thursday afternoon that he had not had a chance to talk with House members to work through differences between the two bills but said he is optimistic that the General Assembly will pass â€œa substantive piece of legislationâ€ this year.

â€œWe made significant compromises in this piece of legislation, and itâ€™s going to be up to the House on whether or not theyâ€¦[support] working families or delay it even more,â€ he said.