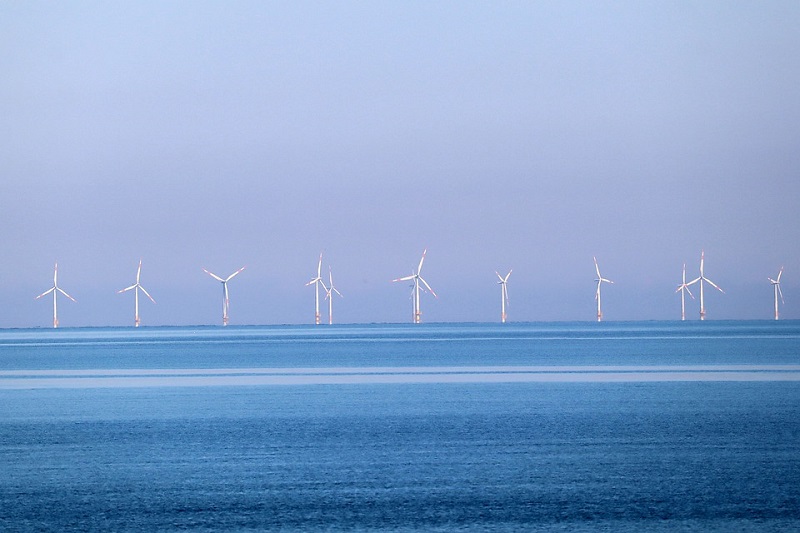 Legislators are frequent targets of social media attacks, harsh critiques and general unpleasantness. Accordingly, when legislators get something clearly right, we are obliged to take the time to offer praise. One area in which legislators have been getting it more right than wrong in Maryland is clean energy, especially with respect to the growing pervasiveness of offshore wind and attendant investments in our economy.

That’s better for the global environment and our economic outlook.

Before I get into a discussion of forward-looking economic implications, let me take a step back to recognize some of the policymakers who paved the way to a greener and more prosperous Maryland.

At the vanguard was Sen. Brian Feldman of Montgomery County, a gentleman with whom I had the pleasure and honor of serving when I chaired the Maryland Economic Development Commission until earlier this year.

In late 2018, Sen. Feldman co-authored an op-ed published in The Baltimore Sun. Among other things, that piece said that “by passing the Maryland Clean Energy Jobs Act … Maryland will see tens of thousands of new jobs created and billions of dollars invested in our state.” It went on to say that “more importantly, we can establish unique infrastructure and a skilled workforce that can serve the growing clean energy industry nationally.”

Rarely are legislative statements so prescient.

Twenty-six other senators including Sen. Bill Ferguson of Baltimore City and then-senator Bobby Zirkin of Baltimore County supported the legislation along with many members of the House of Delegates.

The history of progress during the not quite three years that have transpired since the bill’s passage has been nothing short of monumental. The Clean Energy Jobs Act requires the state to acquire half of its energy from renewable sources, such as wind and solar power, by 2030. That legislation faced significant opposition in 2019, with passage seeming unlikely.

It was Brian Feldman and his ilk who persistently moved the legislation forward, and in its wake have come a bevy of benefits to Maryland, many of which were predicted by advocates.

Maryland’s first-mover status in offshore wind is delivering on its promise.

These two projects, to be operational by 2026, will push Maryland beyond its goal of generating at least 1,200 MW of offshore wind energy by the current decade’s end. According to Ørsted, Skipjack 2 will generate more than $500 million in additional supply chain investments in Maryland, including an offshore wind tower manufacturing facility and America’s first fully integrated array cable manufacturing facility.

These large, positive economic investments come at a good time for Maryland. Like many states, Maryland’s economy has been hit hard by the pandemic. But our recovery has been much slower than the balance of the nation’s.

The emphasis on manufacturing cannot be overlooked. Since January 1990, the first month for which the Bureau of Labor Statistics supplies pertinent data, manufacturing employment in Maryland has declined 46%.

Now, thanks to offshore wind, there’s a real opportunity for that to move in the right direction. You can thank some courageous and persistent legislators for that.